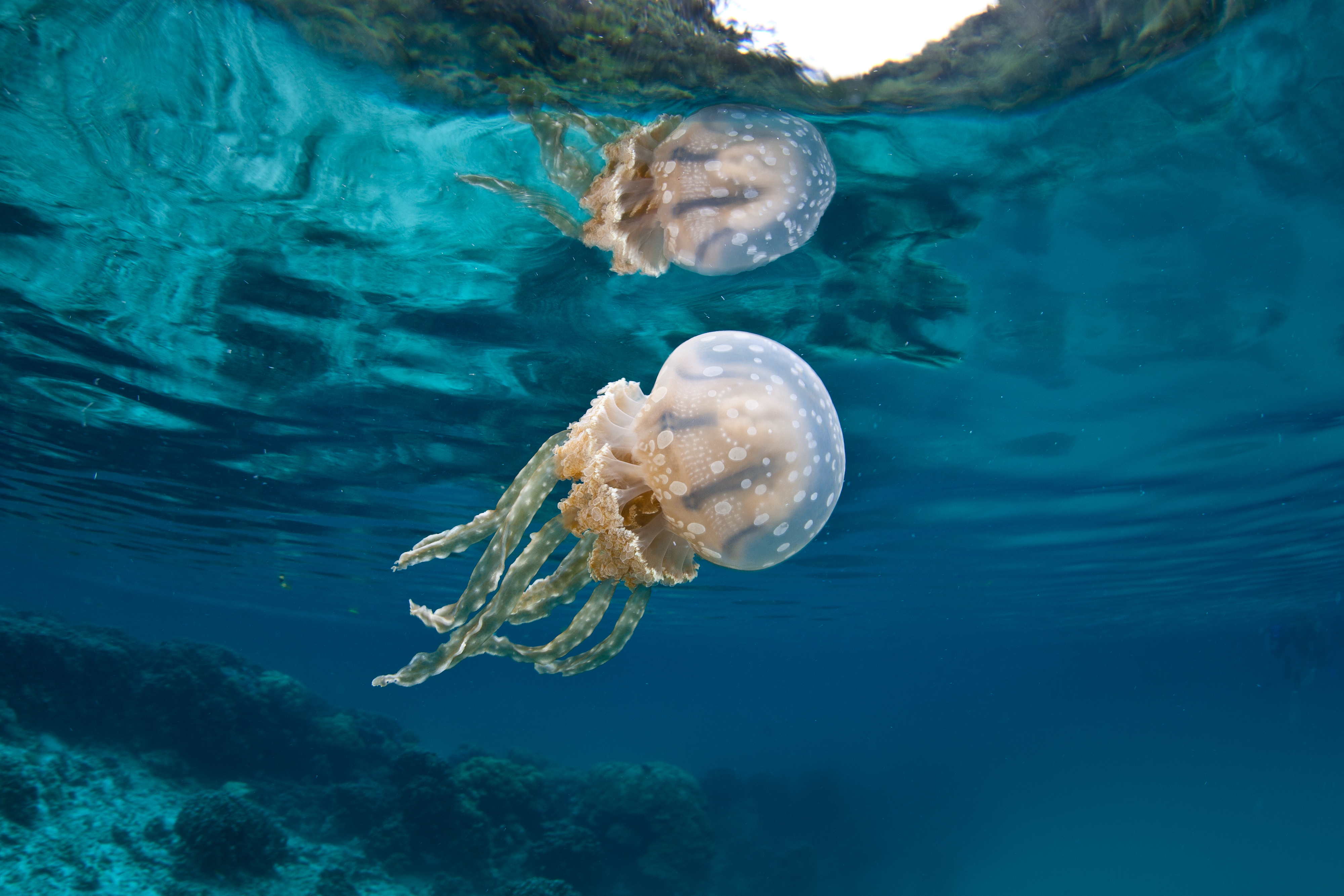 How to treat and prevent Jellyfish stingers attack

About Jellyfish Stingers
Jellyfish or Jellies as they are sometimes called are not categorised as fish, they have no head, brain, eyes or ears. They are free-swimming sea animals that have a bell shape body with oral or feeding arms, and tentacles. They are named jellyfish due to their gelatin-feel bodies. Jellyfish are generally transparent or translucent (example box jellyfish stingers), and can be found in shallow to deep waters of all the world oceans. Jellyfish are also found in fresh water; however these do not normally sting. It is believed that the creatures have been roaming the earth for over five million years up to now. The possibility that they have invaded the coastal areas of the world for over seven hundred million years cannot be overlooked as well. They are easily referred to as the oldest multi-organ animals.

How Jellyfish stings work
Although Jellyfish do not have brains but they do have a nervous system which spreads through the body; when the tentacles come in contact with an external object or a prey the cells of the nervous system reacts by releasing the stinging cells contained in the tentacles into whatever they are in contact with such as fish or human skin, causing severe pain and paralysis its prey. Jellyfish stings can be venomous and lethal to humans in some cases.

The jellyfish stingers often sting a person using nematocysts. It can also be referred to as cnidocysts scientifically. Scientists have proven that a normal contact with the creature can lead to millions of nematocysts piercing the skin of the person. This is what leads to the instilling of the venom from it. It is however proven that only some venom from some species can be extremely dangerous to human beings. Immediately a nematocyst is triggered as a result of the presence of a person or predator there is creation of pressure. This pressure quickly builds up inside it to around 2000 pounds per square inch. There is nothing to prevent its consequent bursting in this case. The pressure in this case is after all very high. Inside the nematocyst a lance is the one that pierces the skin of that person involved. The poison inserted then flows rapidly in the blood circulatory system of the victim. It is very uncomfortable for anyone to touch or even get in contact with a jellyfish stinger. This is why medical assistance may be the only way out when such a thing occurs to you unfortunately.

Treatment
The effects to the skin range from a small one to extreme pain and even sometimes death. You should be aware of even dying jellyfish stingers as they have the capacity to still sting. You should seek medical treatment immediately when you are faced with such a situation although most of them are not fatal. You should rinse off the tentacle of the creatures immediately with hot water. You can also use salty water if the hot one is not available. You should then use a glove to remove any remaining tentacles. Take care since using bare hands leads to more stings. You should then apply regular household vinegar or insert your stung area in hot water. It should be about over 122 F degrees (50 C degree) if you are going to get desired results. Be careful not to scald. You can then use various drugs to ease the pain. Expect mild itches anyway. Jellyfish stingers should be avoided if you can.

Prevention
The best prevention option is to avoid contact with jellyfish stingers; if this is not possible, wearing special swimming costumes called stinger swim suits, originated in Australia and now popular amongst surfers and divers in shallow waters all over the world, remain the best effective solution. These suits fit like second skin and can help protect your skin against most jellyfish stings. They are light weight, thin, and comfortable to wear. Also wearing special hood balaclava, gloves and socks can help provide total skin protection.