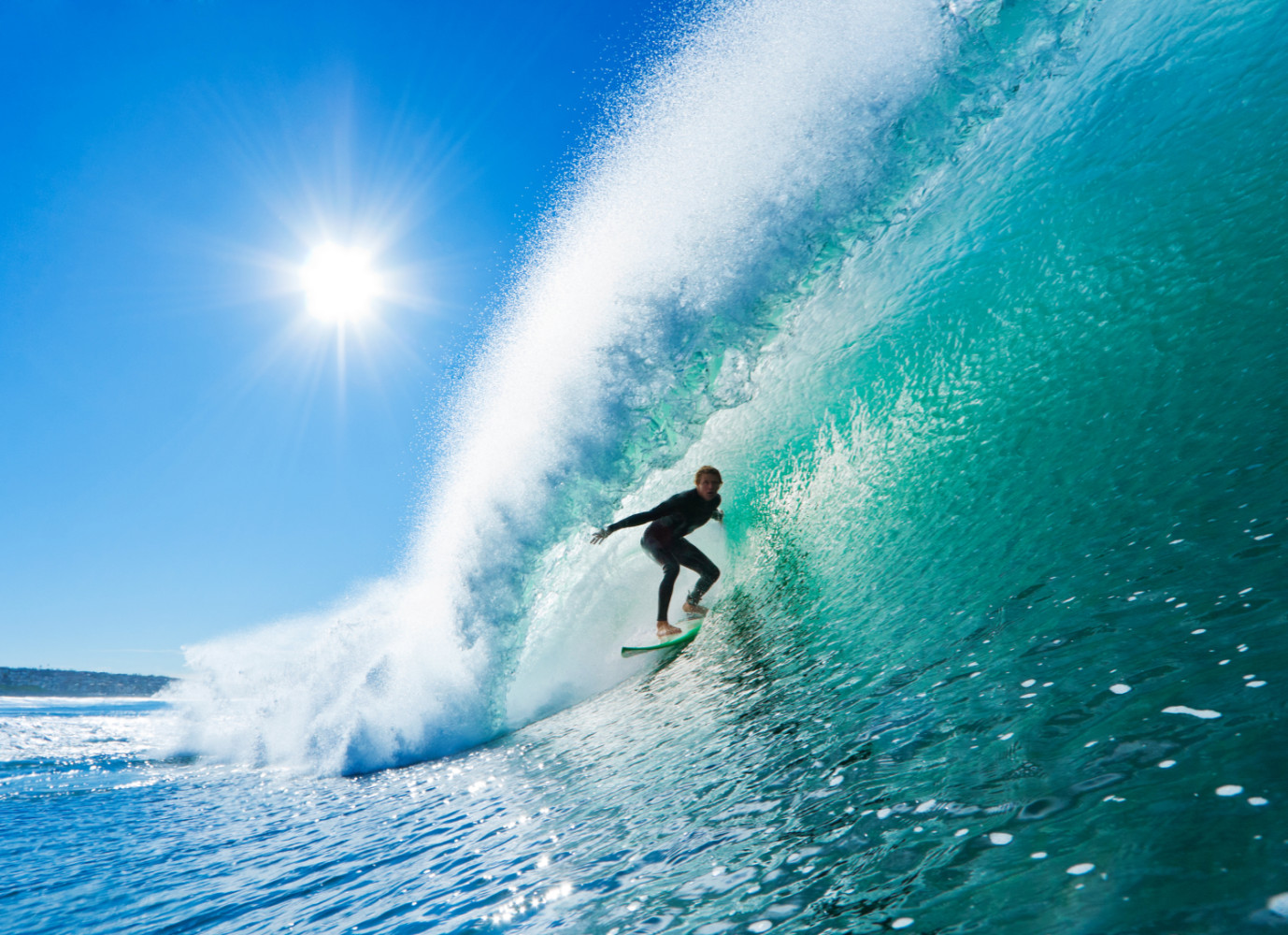 Learning to surf is one of the greatest thrills a newbie can experience. Fortunately, the basics are pretty simple. A little guidance and a lot of practice will put you right where you want to be: crouched on the board catching a wave.

First, before you can run you have to crawl. The same is true of surfing. Paddling is a must, and while not hard (mentally, though it is physically) it has to be done correctly. Straddle the board near the midpoint. Lean over and execute a crawl stroke, cupping your hands and moving first one into the water then the next.

Don't try to paddle with both hands at the same time. That makes your movement jerky, when you want to achieve a smooth, consistent speed through the water as much as possible. The water will have something to say about that, but do your best.

The same technique applies when you have reached the most distant point from the shoreline and you turn around to catch a wave. When you're lying down, paddling forward to line up for that next swell, smoothly pull yourself forward with a crawl stroke, one arm and hand at a time.

Now you're facing forward, head up, eyes forward but glancing right and left for any other nearby surfers. You're preparing to stand. Trickier than it sounds, if you want to stay on the board once you're upright.

Grip a rail with each hand. The rails are the outer edges of the surfboard. Your waist should be near the midpoint of the board. You can practice in a swimming pool to decide exactly where it's best for you to position yourself. When you reach the upright position, you want the board to be balanced in front and behind you, as well as left and right.

Your feet should be at right angles to the line of your legs as you lie down. Your elbows should be near your body, as if you were about to do a standard push-up. At the moment you feel the wave begin to lift you, execute the pop-up, hard. In the same motion, whip your feet underneath your body, still gripping the rails.

As you tuck your knees toward your chest. Plant your feet and let go of your hands. Your feet should land roughly ahead of and behind the board's midpoint about the same distances. Your feet should be angled and crossing the stringer, the centerline down the middle of the board, usually made of a wood inlay.

When you stand, don't stand completely erect. You'll fall off the board at once. You should take a crouching position, with your arms extended, one forward and one to the rear. Keep tension on your feet, as if trying to separate the board into two pieces by pushing them apart.