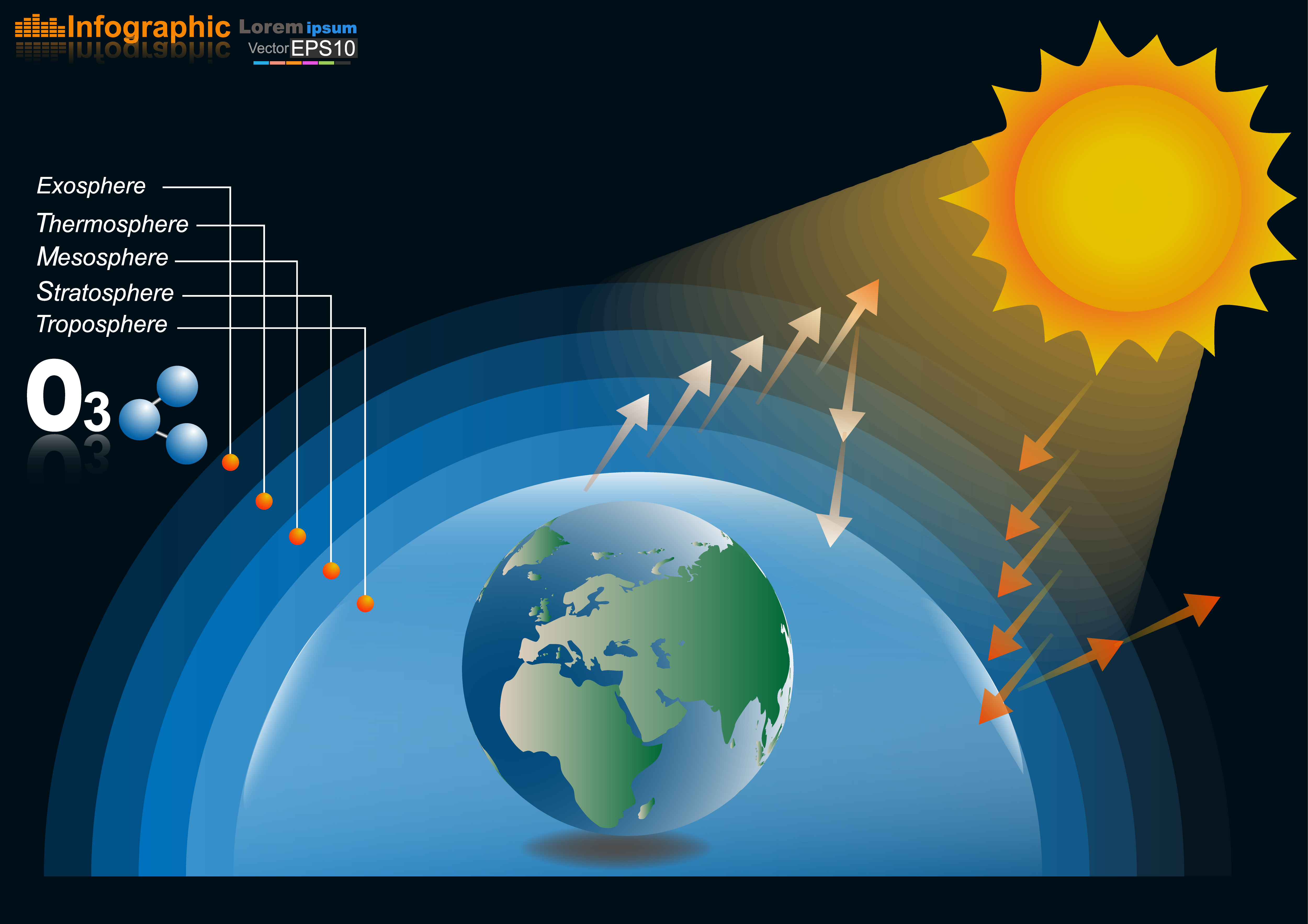 What is UV radiation?
Emissions from the sun include light, heat and UV radiation. The UV region covers the wavelength range 100–400 nm and is divided into three bands, UVA, UVB and UVC.

All UVC and approximately 90% of UVB radiation are absorbed by ozone, water vapour, oxygen and carbon dioxide. UVA radiation is less affected by the atmosphere. Therefore, the UV radiation reaching the Earth’s surface is largely composed of UVA with a small UVB component.

UV Radiation levels are influenced by:

Most of the known radiations that we must know about: .

The best way to protect the skin is by wearing special type of clothing which can block the sun UV radiation. Cover up as much skin as you can by wearing sun protection clothing, using tightly knitted fabrics which has been tested and verified to offer UPF50+ cover. Adding a sun hat and sunglasses will provide adequate protection and help keep you safe, also applying sunscreen on exposed skin will ensure nothing is left to chances.