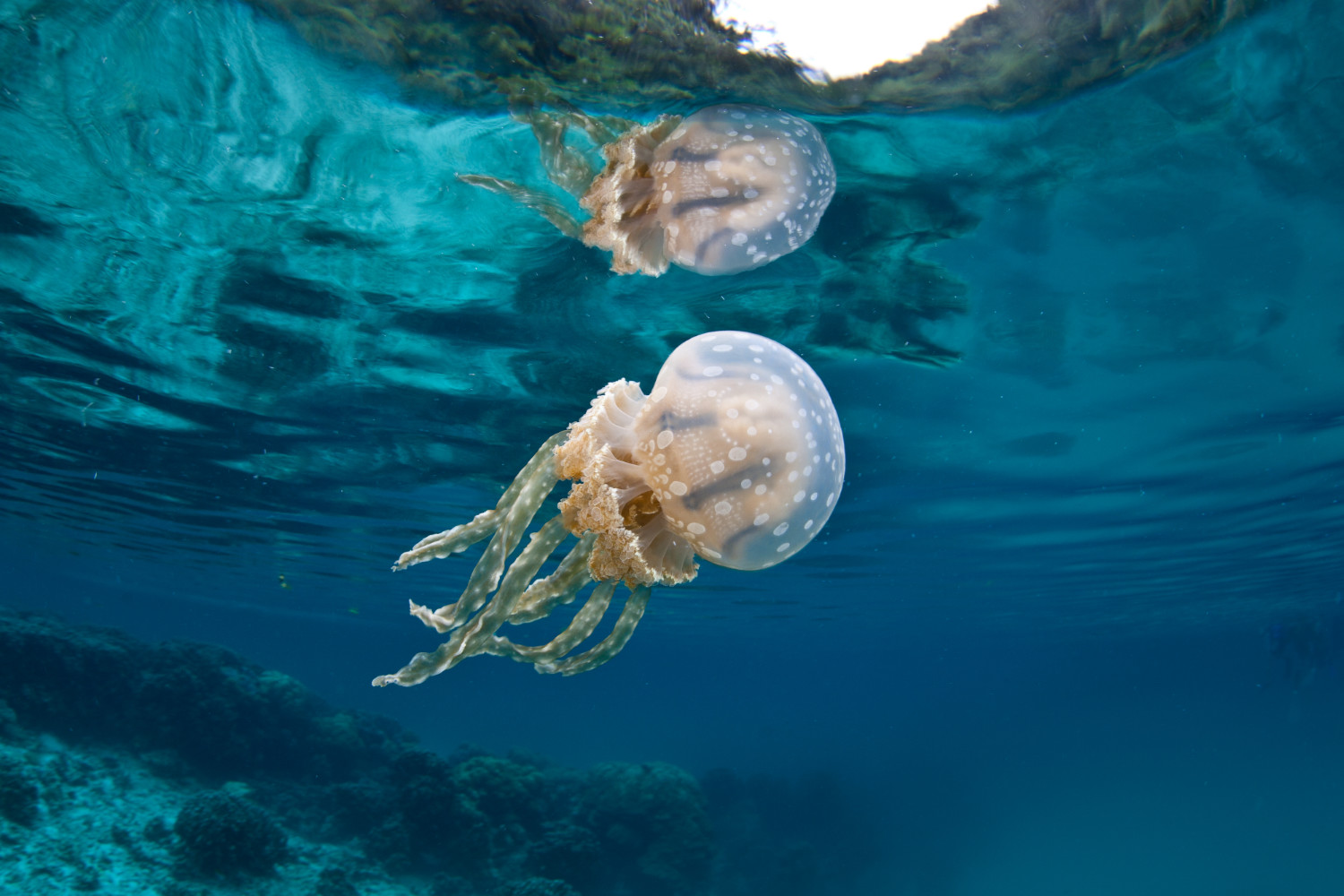 Jelly fish may be the most common ocean animal and are hard to catch in nets. You can find them mostly in sea water but sometimes in lakes and rivers. Only about five percent of the body of a jellyfish is solid matter; the rest is water. The bell of the jellyfish is the smooth umbrella-shaped body that is designed to flap or pump,

Although jellyfish have been around for over 650 million years, they are still very mysterious and still they are increasing due to overfishing and change of water temperature and, there are more than 2,000 species of jellyfish all over the world’s water. Most stings of the jelly fish are harmless and some are very painful and we must not forget that some will cause death especially the box jellyfish which is the most dangerous because it contains toxins a poisonous substance produced within living cells or organisms that attack the heart, nervous system and skin cells and they live primarily found in coastal waters off Northern Australia and throughout the Indo-Pacific and are mostly found from October till May in coastal waters of tropical Australia.

Various species of box jellyfish can be found widely in tropical and subtropical oceans, including the Atlantic and East Pacific and with species as far north as California.

To avoid jellyfish stings we must follow few main steps some of them are to check local weather reports, check local beach’s website and check if there are warning about jelly fish or can wear full suits including gloves and socks.

If you were not prepared and was surprised by a jelly fish stay calm cause usually jellyfish do not attack unless annoyed or when killing its prey (meal).

Only sea turtles are unaffected by the sting of the box jellyfish and regularly eat them!!